Home | NEWS | Link to VOV, the voice of Vietnam radio, about chatting with Vietnamese people abroad 1 year of covid.

Link to VOV, the voice of Vietnam radio, about chatting with Vietnamese people abroad 1 year of covid.

“There is no Tet in San Diego this year. I see this is the first time in a long time that Vietnamese people in the US do not celebrate Tet. People at my place are very scared because of the spread of Covid. Now people don't want to see each other for fear of contagion. Unemployment is high, people live on the street a lot. I have lived in the United States for many years, but have never seen an epidemic affect people so miserable.”

The past 2020 is a special year in history, a year in which the covid 19 pandemics has changed the world, it can even be said that it has changed a lot in the perception of people who still think they are in a "flat world”

Fierce difficulties have come and are coming, some people have gone, and the whole world is still fighting this pandemic.

Looking back at the situation of the overseas Vietnamese community across five continents, it is possible to feel the effects of the pandemic on each individual regardless of ethnicity, nationality, as well as the solidarity, energy, and enthusiasm strong of the Vietnamese people.

Bao Trang talked with the guest of the program, cellist Dinh Hoai Xuan, the first female doctor in Vietnam majoring in music and cello performance, after years of hard practice in Romania returned to her homeland, a talented female artist who is passionate about elevating the art of Vietnamese music. 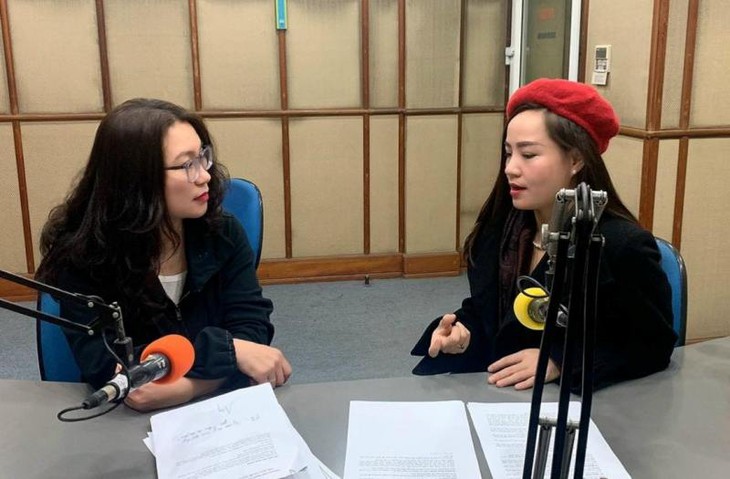 Stories about the resilience of Vietnamese people across five continents, the warm feelings shared between people in the fierce adversity of the Covid 19 pandemic; as well as trust in the Vietnamese government in the fight against the epidemic.

“During the epidemic period, the role of a party member was very pioneering. When the Embassy and associations established the anti-covid network in Russia, most of the students in the medical support group were party members to help relatives. Currently, the epidemic is still going on, but everyone is very reassured not to panic anymore. Russia already has a treatment regimen, has a treatment drug, and is vaccinating very widely."

– Mr. Tran Phu Thuan, Vice Chairman of the Association of Vietnamese in Russia. 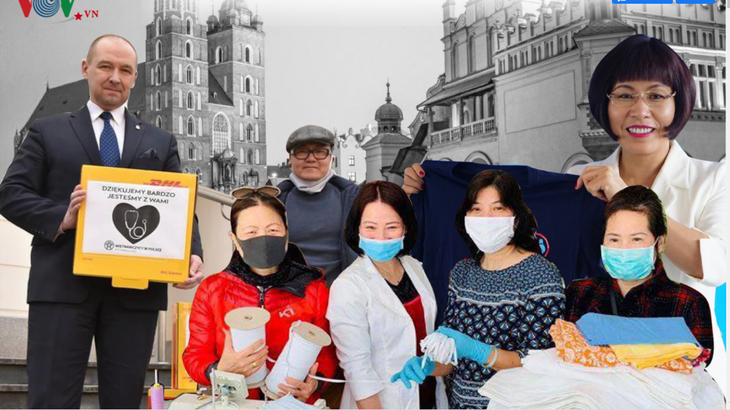 Vietnamese communities around the world have joined hands with local people in the fight against covid 19 and supported returning home. - Photo:vov.vn

In the program, music performed by artist Dinh Hoai Xuan is used: 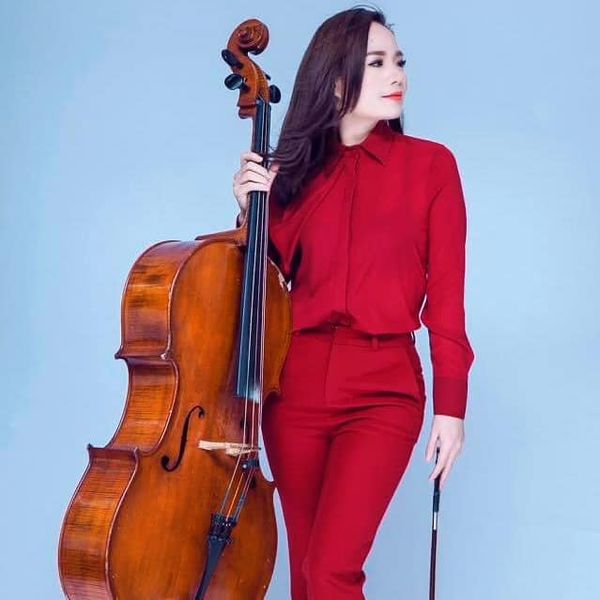 "Xuan himself was also very emotional. I understood better and I saw the global picture of loving Vietnamese people everywhere, their moods, things in their lives being turned upside down, both of them. thoughts and glimmers of hope. All these things make Xuan extremely emotional and feel proud to be a Vietnamese. And feel lucky to be in Vietnam."

In a way, covid 19 has not prevented artists including Dinh Hoai Xuan from finding new directions to create and perform art: In 2020 because of covid, all Dinh Hoai Xuan's albums " No longer released as usual, but Believe in France, proud to be the world's fourth-largest music publisher, signed a contract to release on Spotify, Apple Music online digital music store. All of Xuan's works are posted there and broadcast in 240 countries and regions.

This is a huge step forward for artists in general, and especially for classical artists…Just a few years ago, Xuan never thought that would happen.” - Dinh Hoai Xuan said

"Actually, many artists and Xuan's friends also said that listening to the resolution was very scary and strange. But Resolution 36 is the priority resolution for overseas Vietnamese, and overseas artists like Xuan who return to their homeland, receiving many preferential regimes and special attention. Xuan himself is an artist, so when he returns to Vietnam, there are many opportunities. Like the program Spring of the homeland is a program for overseas Vietnamese. And Xuan herself feels very honored and lucky to be able to perform in that show.”

“Vietnam's successes in the current fight against the COVID-19 pandemic have affirmed the decisive leadership role of the Party. Although Vietnam is located right next to the country where the disease first appeared, the Party and Government acted quickly, taking timely measures to prevent the spread. Especially the Party and Government have put the safety and health of the community above immediate economic benefits. In my opinion, this is a very humane thing, something that many governments around the world cannot do. We in the country are very proud of the achievements of our homeland when we hear from international friends admiring Vietnam's success in fighting COVID."

Bao Trang and a group of VOV reporters