(NLĐO) - Tears were shed when viewers went back in time more than 60 years ago, listening to the wonderful melodies of Hoang Duong's music "Huong ve Ha Noi".

Although born and raised in Quang Binh, in order to pay tribute to the land that made her name, Dinh Hoai Xuan decided to do something impressive in the music of Hanoi. With her enchanting cello sound, "Huong ve Ha Noi", the famous work of more than half a century by musician Hoang Duong, through the sound of Hoai Xuan, once the valedictorian of Hue Academy of Music, reverberated in people's hearts. Feelings are indescribable. Older people seem to be immersed in memories, while young viewers are moved by the heroic past of their forefathers. 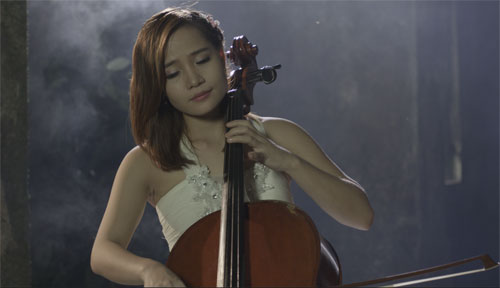 Many well-known artists have successfully "Huong ve Ha Noi" over the past decades, but translating a famous vocal work into a cello ensemble is a challenge for young artists. Unexpectedly, Dinh Hoai Xuan was free to fly and freely create his fingers through skillful hands on the seemingly clumsy cello, but with a diverse and romantic soul. 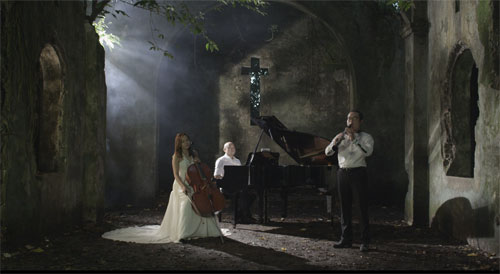 Dinh Hoai Xuan's success cannot be attributed to the help of musician Luu Ha An, who transformed the song into a complete and excellent instrumental work. Composer Nguyen Cuong, People's Artist Quang Tho, Teacher Vu Ngoc Huong, musician Hoang Duong... all gave special praise to musician Luu Ha An for transforming from a song into a symphony. Besides, it is impossible not to mention the effective help of Clarinet artist Tran Khanh Quang, Piano Vu Ngoc Linh, and especially young director Le Ha Nguyen, who turned the MV into a musical film.

Nearly a year ago, Dinh Hoai Xuan made a strong impression with the MV Song ve dau, a familiar "hit" by musician Trinh Cong Son with a fast, spacious tempo along with a vast image that creates a space that surrounds you. In "Huong ve Ha Noi", the listener's emotions are calmed down, refined and refined, deeper. The space of the MV is also encapsulated, more specific, more condensed and carries more inner emotions. Young director Le Ha Nguyen used the contrasting light and dark areas between the present and the past. Interweave stories of war - peace to create conflicting emotions.

With the excellence of Huong ve Ha Noi, Dinh Hoai Xuan and Vietnam National Symphony Orchestra were invited by the Hanoi People's Committee to perform in a special music night to celebrate the 60th anniversary of the liberation of the capital at Ly Thai To square evening 10-10. The program will be broadcast live on channel VTV1.