(PLVN) - Cello artist Dinh Hoai Xuan will perform his special program with the name "Cello Fundamento Concert 4" taking place only one night on December 29, 2019, in Hanoi. 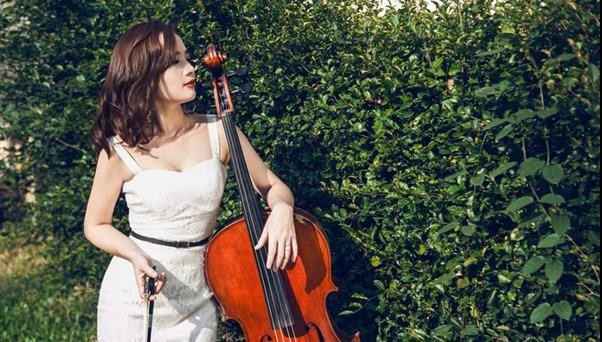 “Cello Fundamento Concert 4” marks the return of artist Dinh Hoai Xuan after years of training and hard work in Romania - where she officially became the first female doctorate in Vietnam majoring in music and Cello performance. Accordingly, the program brings together 60 talented artists of Vietnamese and world music.

Artist Dinh Hoai Xuan came to music at the age of 10, loved and attached to Cello from the very first day. She was the valedictorian of Violoncello at Hue Conservatory of Music in 2005. She graduated with a Master's degree in Violoncello Performance from the Vietnam Academy of Music in 2012 and won a dual Ph.D. scholarship from the Government of Vietnam and Romania for majoring in Cello Performance at the National University of Music Bucharest, Romania.

Dinh Hoai Xuan has released many MVs and albums "Khuc phieu du mot doi". In which, the musical film "Huong ve Ha Noi" (Hoang Duong), the product released on the occasion of the 60th anniversary of the liberation of the capital, has resonated in the domestic music market when it was broadcast by musicians, artists, and public appreciation.