Home | NEWS | Artist Dinh Hoai Xuan: 3 times, every concert is "dead up and down"

Artist Dinh Hoai Xuan: 3 times, every concert is "dead up and down"

"Three previous concerts, I had to make up for the whole year after that, but I think I can't measure my loss or profit because art is priceless," said Cello artist Dinh Hoai Xuan.

This year, the show brings together more than 60 talented artists of classical music in Vietnam and the world. Among them are two talented artists, both from Romania, Ciprian Marinescu - Conductor of the Japan Osaka Orchestra and Răzvan Suma - Professor at Bucharest National University of Music, a teacher during 4 years of Dinh Hoai Xuan in Romania. 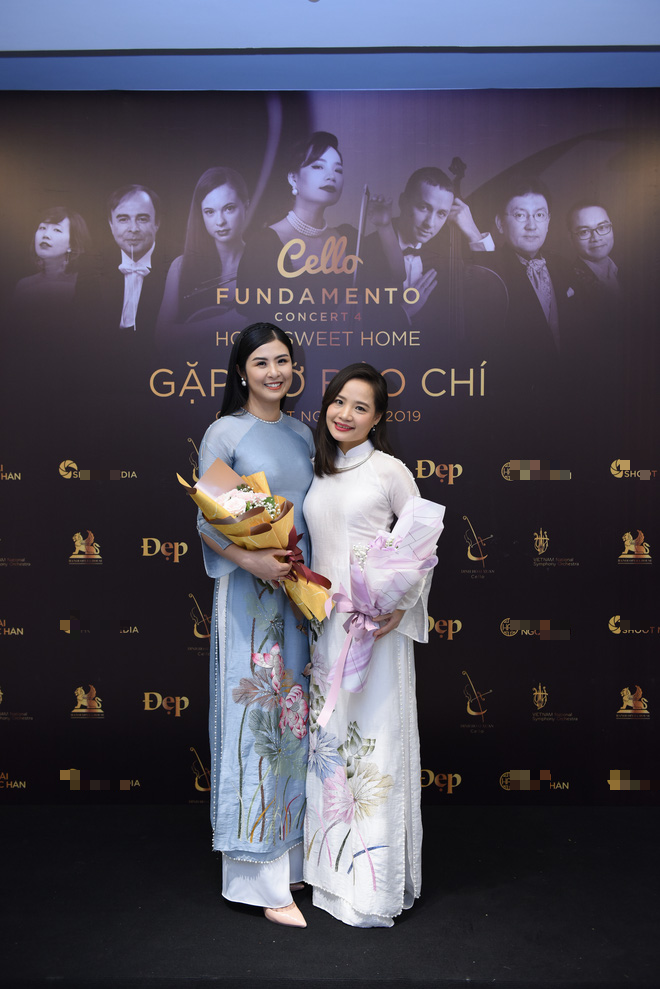 At a press conference on the afternoon of December 15, artist Dinh Hoai Xuan shared about his efforts to study in Romania and become the first Cello doctor in Vietnam.

"My thesis is to spread the performance and dedication of Cello in Vietnam. Therefore, during my research, I had to mix world classics and Vietnamese works.

In each semester, in addition to 30 minutes of presentation, there must always be a performance, because the class is both performing and writing a thesis, ie 50-50.

And if it's only about the thesis, I have to write 300 pages, but mine is 120 pages with 1 hour and 15 minutes of performance. For the performance, I always choose classics along with Vietnamese works to convince the professors of the judging panel that it is the right way to popularize Cello in Vietnam," Dinh Hoai Xuan shared.

Dinh Hoai Xuan showed off her piano playing skills at the event.

Talking more about the difficulties in organizing his own program, Dinh Hoai Xuan frankly said:

"I intend to share financial difficulties until I am 50-60 years old, but after doing 3 concerts, I honestly say that every single one of them is 'dead up and down'. Each ticket sold makes me happy.

For the previous 3 concerts, I had to make up for the whole year after that but I think I can't measure the loss or the profit because art is priceless.

This time I was about to stop, but in the end, I received support and support from friends. Before, I thought I was alone on this road, but it turned out not to be. I am currently receiving support from Miss Ngoc Han, Mr. Tien Phuc, and Mr. Do Hong Quan ...".

And perhaps the difficulty comes from economic problems, so the 4th Cello Fundamento concert will only take place for one night on December 29 at the Hanoi Opera House.

Artist Dinh Hoai Xuan came to music at the age of 10 and loved and attached to Cello from the very first day. She was the valedictorian of Violoncello at Hue Conservatory of Music in 2005.

She graduated with a master's degree in violin performance at the Vietnam Academy of Music in 2012 and won a double doctoral scholarship from the Government of Vietnam and Romania for the major of cello performance at the National University of Music. Bucharest, Romania.

Dinh Hoai Xuan has released many MVs and albums "Khuc phieu du mot doi". She has toured in many countries around the world such as Italy, Spain, Greece, Russia, Australia... and was also a member of the Southeast Asian Youth Symphony Orchestra (2006).

Currently, Dinh Hoai Xuan has completed her doctoral thesis majoring in cello performance at the National University of Music of Bucharest, Romania, and became the first female doctor of cello in Vietnam.